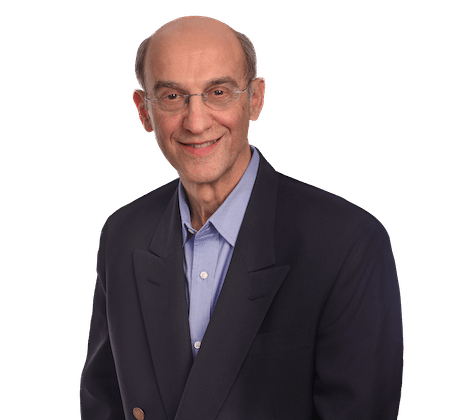 Dennis J. Krumholz is the former Chair of Riker Danzig’s Environmental Group, having launched the practice shortly after joining the firm in 1981. In the years since, he has been instrumental in building what has become one of New Jersey’s leading environmental law practices, and he is now Of Counsel to the Firm.

Environmental law at Riker involves three areas of practice: litigation, transactions, and regulatory compliance. Dennis is adept at serving clients in all three. He is a prolific author and a frequent speaker on environmental law topics, demonstrating his technical acumen for this complex work. Dennis was also an adjunct professor at Seton Hall Law School.

Dennis began his career in environmental law as a deputy attorney general for the state of New Jersey in the areas of environmental protection and community affairs.

Dennis’ quarter-century career has earned him a strong reputation in environmental law. He places a premium on client service, continuing to be personally attentive to each of his clients.

Board Member, The Land Conservancy of New Jersey

Former Counsel to and Board Member, The Community Theatre of Morristown

Since 2005, he has been ranked in the first tier of New Jersey’s environmental lawyers by Chambers USA: America’s Leading Lawyers for Business Client’s Guide, which recognizes him as “one of the preeminent members of the New Jersey Bar” and notes that he “induces nothing but high praise from a striking assortment of market sources.” Chambers notes Dennis “is a highly regarded attorney recognized for his experience across a huge range of environmental litigation, transactional matters and regulatory work.” He is described by clients as “an excellent environmental attorney who gives fantastic guidance on regulatory matters” and “a very strong lawyer who is very cerebral in his approach.” Chambers has called him “exceedingly bright” and “a very knowledgeable lawyer who is at the top of his game.” He is noted as a “founding father” of New Jersey Environmental Law with “terrific business and legal judgment” and “one of the most well-rounded environmental attorneys in New Jersey,” quoting sources who say he is a “formidable adversary” and that “he does everything, and handles all of it equally well.” The Client Guide also praises him for being a “first-chair litigator of the highest caliber, and a dean of the Environmental bar,” “assuaging the nerves of clients across both litigious and non-contentious issues.”

In 2021, Dennis was honored by NJBIZ with an Icon Award. The Icon Awards are presented to New Jersey business leaders over the age of 60 for their contributions, success, and leadership over their careers.

Thomson Reuters has included him on New Jersey’s “Super Lawyers” list for environmental litigation since 2005 and on Super Lawyers’ New Jersey “Top 100” list in 2007, and again in 2009 to 2011. Dennis is a fellow of the American College of Environmental Lawyers.

Dennis J. Krumholz and Michael S. Kettler of the Firm’s Environmental Group prevailed in the...

The Significance of 'US Masters v. NJDEP'