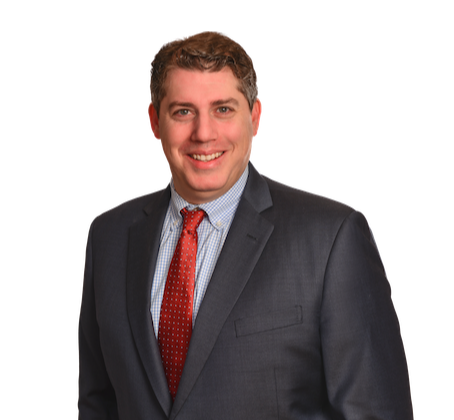 Jeffrey M. Beyer is a Partner in the Firm’s Insurance and Litigation Groups.

He focuses his practice on insurance coverage litigation and counseling, as well as complex commercial litigation and insurance defense matters involving personal and premises liability. He practices in the state and federal courts of both New Jersey and New York.

Jeffrey has significant experience in both first-party and third-party insurance coverage disputes involving property and casualty, general liability, and various other types of insurance coverages. In all of his representations, he is sensitive to meet his clients’ needs in as thoughtful and efficient a manner as possible, whether the goal is to aggressively litigate the matter, or explore creative ways to resolve it. Jeffrey places an emphasis on providing advice to his clients that is both prompt and responsive.

Prior to joining Riker Danzig, he served as the General Counsel for Beyer Farms, Inc., (2010 to 2012), where he handled matters for the company touching upon various areas of the law, including labor and employment, general commercial litigation, and insurance issues.

Jeffrey currently serves on the Board of Grow it Green Morristown, a nonprofit organization whose mission is to create sustainable farms and gardens that provide equal access to fresh, local food, and to educate communities through programs focused on healthy eating and environmental stewardship. He also serves on the Board of Temple B’nai Or, the synagogue to which he and his family belong.

Board Member, Grow it Green Morristown

Board Member, Temple B’nai Or

• Serving as lead counsel to a major seller of vitamins and dietary supplements, along with a nationwide supermarket chain, in a putative class action lawsuit alleging violations of the New Jersey Consumer Fraud Act (“CFA”) and Truth-in-Consumer Contract, Warranty, and Notice Act (“TCCWNA”), in which the defendants procured dismissal of several of the New Jersey State law claims at the pleading stage.

• Providing advice and serving as lead counsel to a domestic first-party property insurer in several coverage lawsuits in New York and New Jersey arising out of wind- and flood-related Superstorm Sandy claims, each of which were successfully resolved on terms favorable to the client.

• Representing a nationwide seller of hardwood flooring in a putative class action lawsuit alleging violations of the New Jersey Furniture Delivery Regulations, as well as TCCWNA, in which the defendant successfully procured dismissal of all claims with prejudice from the trial court, a result that was affirmed in all respects by the New Jersey Appellate Division.

• Serving on a defense counsel team on behalf of a manufacturer of solar panels in a major product liability litigation in New Jersey State court arising from a fire that destroyed a 266,000-square-foot cold storage warehouse, which the plaintiffs alleged was started and/or aggravated by the installation of a 7,000 module solar panel system on the roof. Following more than two years of discovery, including approximately 100 fact witness depositions, and a successful motion of partial summary judgment, our team negotiated an extremely favorable, confidential settlement on behalf of our client.

• Advising the liability insurer to a major component-part manufacturer in connection with civil litigation arising out of a significant railroad derailment that was investigated by the National Transportation Safety Board.

• Defending a major retailer and a service warranty provider against a consumer lawsuit alleging Magnuson-Moss Act and New Jersey Consumer Fraud Act violations, in which the defendants successfully compelled arbitration of the claims.

• Representing a state liquidation bureau in a proceeding for confirmation of the liquidator’s disallowance of a large number of major policyholder claims, which was successfully resolved on terms favorable to the client.

• Providing advice and representation to a large commercial general liability insurer in a complex coverage dispute with a policyholder whose HVAC system in a large building project had to be entirely removed and replaced.

Riker Danzig prevailed before the Court of Appeal of the State of...