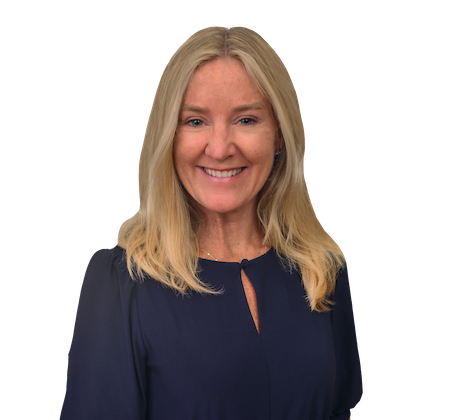 Mary Kay Roberts is a Partner in the Firm who specializes in government affairs. She works with a broad range of industries, including pharmaceuticals, banking, insurance, education, technology, telecommunications and utilities. She also recently formed a coalition of the state’s blood banks.

Both a lawyer and a lobbyist, Mary Kay manages the Firm’s office in Trenton.

She is counsel to the New Jersey Bankers Association, a trade association of large and small commercial banks in the state, which serves as an advocate and voice for the needs and goals of the banking industry. She is also on the Board of Directors of the Banking Law Section of the New Jersey Bar, where she chairs the Section’s Legislative Committee.

She is also a former member of the Women Presidents Organization, which is designed to improve business conditions for women business leaders and to promote the acceptance and advancement of women entrepreneurs in all industries.

A frequent speaker to the New Jersey Bankers Association on topics such as foreclosures, predatory lending, the Sarbanes Oxley Act, and consumer lending, Mary Kay has also written for New Jersey Bankers Magazine on the USA Patriot Act. She is also the author of “Ensuring Coverage, Balance, Openness and Ethical Conduct for Advisory Committee Members Under the Advisory Committee Act” (5 Administrative Law Journal, 1991).

In 2018, Mary Kay was honored with the Mary Philbrook Award by the Women’s Political Caucus of New Jersey at the Passion, Power, Progress Awards event in New Brunswick, New Jersey. The award is presented to a woman with a distinguished legal career “during which she has removed barriers and created opportunities for other women in the interest of advancing equality in all spheres.”

In 2005, she was nominated Vice Chair of the Healthcare Administration Board, an 11-member panel that advises the Commissioner of Health on regulation and healthcare policy.

Prior to joining Riker Danzig, Mary Kay was the chief of staff and legislative liaison to the New Jersey Department of Banking under Gov. Florio. In addition, she was Judicial Law Clerk to Hon. L. Anthony Gibson, J.S.C., Chancery Division in Atlantic and Cape May Counties. Raised in New Jersey, Mary Kay has long been involved with local government affairs.

Named one of 40 lawyers under 40, New Jersey Law Journal

Member, Law Advisory Board of the NJCJI

The New Jersey Law Journal named Mary Kay a “New Jersey Trailblazer” for 2020. The Law Journal distinguished select lawyers in New Jersey who “made significant marks” on the practice of law in their sectors.

She was also named one of the Power 50 in Banking by NJBIZ magazine in 2016.

Legislation (A2877) just signed by the Governor will now require a creditor to notify municipal officials...

In light of the nationwide effort to slow the spread of COVID-19...