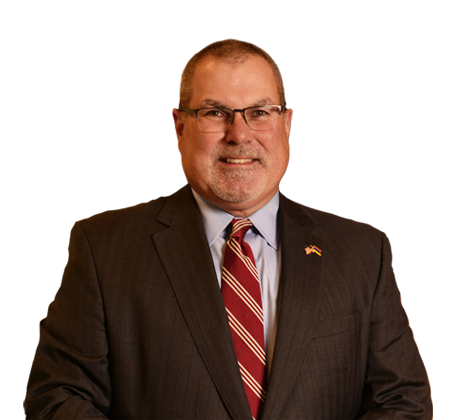 Scott A. Ohnegian, Chair of the Firm’s Labor & Employment Group, focuses on the representation of management in litigating federal and state employment matters including claims involving allegations of discrimination, whistleblowing, harassment, Sarbanes-Oxley retaliation, misappropriation of trade secrets and restrictive covenant claims. Scott has handled matters in state and federal courts as well as before various state and federal agencies including the Equal Employment Opportunity Commission, the United States Department of Labor, the New Jersey Division on Civil Rights, and the Occupational Safety and Health Administration.

In addition to his litigation practice, Scott regularly counsels employers of all sizes on an ongoing basis on labor and employment law matters, including negotiation and preparation of employment agreements, separation agreements and employee handbooks, counseling regarding employee discharge and discipline, and training on other personnel matters, including diversity, harassment, and family and medical leave issues.

Scott’s client base is made up of companies ranging from small, family-owned operations to internationally prominent organizations. As the son of a solo practitioner engaged in the practice of law for more than 40 years, Scott grew up with the law. Despite the fact that he is a partner in a major New Jersey law firm, his practice is guided by the principles he learned making his first “court appearance” as a 6-year-old tagging along with his father to a municipal court appearance. This background and dedication has helped to engender client loyalty as Scott advocates for his clients’ interests in all matters as if he and his clients are part of one team.

Author of employment-law articles in state and national publications

Scott has been included in Chambers USA: America’s Leading Lawyers for Business Client’s Guides for Labor and Employment Law since 2017. Chambers notes that Scott “has magisterial expertise overseeing employment cases involving restrictive covenants, discrimination allegations and harassment claims.”  Chambers sources say, “Scott is very well regarded in the market.”  Market sources assert that “he is very good – he knows what he’s doing” and he “knows how to protect corporate clients by knowing when to push.” Chambers notes his “magisterial expertise overseeing employment cases,” and he is described by clients as knowing “when and when not to litigate” and as “a very talented employment lawyer.” In earlier Chambers editions, he is described as “very talented” and noted for his “intelligence, practical experience, and knowledge” across the full spectrum of contentious employment matters.” Scott is “clearly respected as the rare attorney who will give objective advice and can express firm opinions.” He is “sure to be Riker’s big star.”

Scott has been included in The Best Lawyers in America®, a peer review of U.S. lawyers, in the fields of Employment Law and Employment Litigation since 2007.

Thomson Reuters has included Scott on the New Jersey “Super Lawyers” list for Employment Law since 2006.

Labor and Employment Law Chair Scott A. Ohnegian will be the featured speaker at the...

Coronavirus - Refusing to Return to Work

As New Jersey gradually reopens for business, the Department of Labor has...