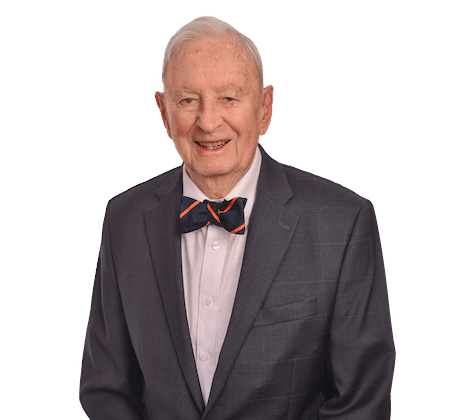 Justice Pollock served from 1958 to 1960 as an Assistant United States Attorney. Leaving federal service, he joined a law firm, rising to partner. In 1974, he became a Commissioner of the New Jersey Board of Public Utilities. He later served as a member of the New Jersey State Commission of Investigation.

After returning to private practice, Justice Pollock served from 1978 through 1979 as Chief Counsel to Governor Brendan T. Byrne. In 1979, Governor Byrne nominated him to the Supreme Court for a seven-year term. He gained tenure on the high court following reappointment by Governor Thomas H. Kean.

Justice Pollock is a member of the Board of Trustees of the Law Center Foundation at New York University School of Law. He chaired both the New Jersey Supreme Court Committee on Professional Rules of Responsibility and the Supreme Court’s Commission on the Rules of Professional Conduct. He also served as a member of the Advisory Committee for the Restatement of Law Governing Lawyers of the American Law Institute. During 1991 to 1992, he was Chairman of the Appellate Judges’ Conference of the American Bar Association.

Justice Pollock has served as a Federal Court Mediator, a CPR Neutral for the CPR Institute for Dispute Resolution, and a commercial arbitrator for the American Arbitration Association. He is a Fellow of the American College of Commercial Arbitrators. He has served as an arbitrator or mediator in numerous matters involving a wide variety of tort or commercial claims, including claims concerning shareholder agreements, royalty agreements, franchises, and the sale of various products such as telecommunications or medical products. He has also heard civil rights claims and claims arising under employment, environmental, and insurance law.

In addition to many written opinions for the court, Justice Pollock is the author of numerous published articles on healthcare, public utilities, products liability, and constitutional law. He has taught or lectured at several law schools.

Justice Stewart Pollock, has been named the Newark-area Best Lawyers "Energy Lawyer of the Year"...

Riker Danzig is proud to announce that five of our attorneys have...

Riker Danzig secured a precedential ruling on November 30, 2020 for client...