The crossroads of law (evidence, civil procedure, jurisdiction, legal correspondence and service) and social media continue to be a hot topic for litigators. Every day courts across the country are faced with evidentiary issues regarding communications posted on social media.  But how about starting a lawsuit via social media? How about submitting to jurisdiction due to your use of social media?  If a litigant is unable to serve a summons and complaint by usual means of service, can service be accomplished by Facebook, or LinkedIn, or Twitter? As these social networks continue to grow in scope and utility, attorneys need to be aware of social media as another tool in the toolbox to accomplish procedural goals in a cost and time efficient manner. As recently as ten years ago, it was considered a cutting-edge development in civil practice for a court to allow the service of a summons by email.  Since then, email has all but replaced ordinary mail as a means of written communication. Social media seems to be the next big thing in the development of civil procedure.

The unorthodox use of social media to serve pleadings has been previously allowed in Minnesota and New York, in certain limited circumstances, and now it seems it may become an acceptable practice here in the Garden State.

Last week the Honorable Stephen Hansbury, P.J. Ch. published a Superior Court opinion that allowed the use of Facebook for an out-of-state defendant whose address could not be discovered as a means of substituted service.   Judge Hansbury also determined that the court had limited personal jurisdiction over the defendant since he corresponded to New Jersey residents intentionally and that communication was the subject of the litigation.  In the published opinion in KA v. JL , Judge Hansbury’s decision concluded that service by use of social media was acceptable and that personal jurisdiction existed, stemming from defendant’s use of social media.

In or about 2011, a Minnesota Court also endorsed service of a divorce proceeding via Facebook.  In Mpafe v. Mpafe, Hennepin County, MN No. 27-FA-11-3453, the Minnesota court authorized service of divorce proceedings on defendant, who was believed to have left the country, by email, "Facebook, Myspace or any other social networking site." Judge Burke of Minnesota wrote, "The traditional way to get service by publication is antiquated and is prohibitively expensive.”  In doing so the Order stated:

IT IS HEREBY ORDERED THAT:

It shall be considered sufﬁcient service for Petitioner to serve Respondent by publication on the internet. All information and timing requirements that would go into a newspaper shall be posted online. Petitioner may choose the format in which they believe it is most likely that Respondent will receive notice. This may include but is not limited to the following:

In 2014, a Staten Island man also received permission to use Facebook to serve his ex-wife legal notice that he did not want to continue paying child support.  Staten Island Support Magistrate Gregory Gliedman noted in his Order that it was the first of its kind in New York.

Then in March, 2015, New York followed in another domestic dispute. The New York County Supreme Court ruled that plaintiff-wife could serve her husband with a divorce summons via Facebook, through a private message.  In Baidoo v. Blood-Dzraku (N.Y. Mar. 27, 2015), the New York court determined that since the defendant’s address was unknown, and there was evidence that the defendant regularly checked his Facebook account, service through a Facebook message was acceptable.

In the KA v. JL case, the biological out-of-state father contacted an adopted New Jersey child for whom he had never had any contact, through Facebook.  He then began sending messages to the child through social media advising the child of his identity, the mother’s identity and other personal information.  The adoptive parents sought an injunction in family court.  Judge Hansbury concluded that the defendant’s intentional interaction with New Jersey via the Internet was enough to confer limited personal jurisdiction over the defendant related to the social media activity.

With regard to service of the pleadings, the Court concluded that under the circumstances presented here, service by Facebook, albeit novel and non-traditional, is the form of service that most comports with the constitutional standards of due process. Not only is it reasonably calculated to provide defendant with notice that he is being sued for divorce, but every indication is that it will achieve what should be the goal of every method of service: actually delivering the summons to him.

The footnote here is that Judge Hansbury ultimately issued the restraining order restraining the defendant from making any further posts or messages, it was served via Facebook, and the defendant has since ceased all communication.

In time we can expect to see more contexts for which the use of service via social media and limited jurisdiction over litigants arise in family matters and the balancing act of a litigant’s due process rights.  It is something to think about the next time you receive a notification on Facebook from your ex-spouse ---- you may be served with more than a cute meme. 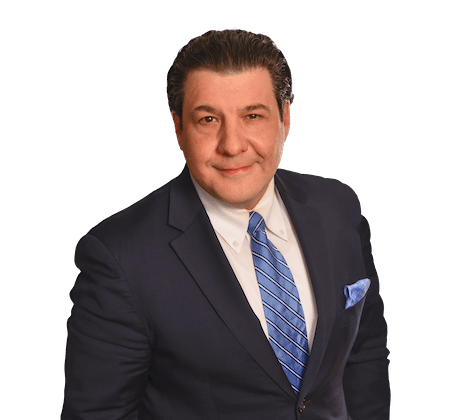