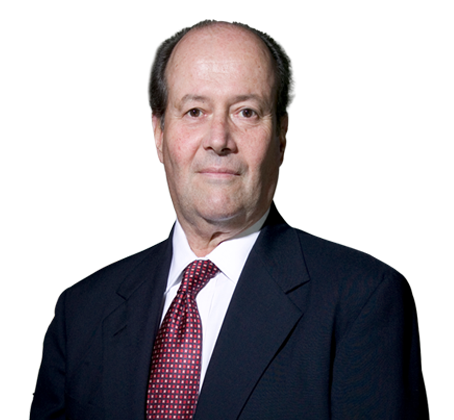 Vincent J. Sharkey, Jr., was formerly Chair of the Firm’s Public Utilities Group. He has considerable experience in electric, telecommunications, gas, water and cogeneration regulatory proceedings; title insurance litigation; real estate development work and litigation and condemnation matters. After serving as Senior Vice President at Fidelity National Title Group for seven years, he returned to the Firm as Of Counsel.

Vincent represented FirstEnergy Corp in securing New Jersey regulatory approval of its merger with GPU, Inc. He also represented AT&T during the divestiture proceedings of the Bell System and Rockland Electric Company during electric industry restructuring in New Jersey. He has represented a number of other utility clients, including United Water Resources and Comcast Corporation—as well as several competitive telecommunications carriers, electric supply companies, and cogeneration companies—in project financing matters, and in rate and other regulatory proceedings, before the New Jersey Board of Public Utilities.

Vincent also has an extensive background in real estate litigation and condemnation matters. He represented the Casino Reinvestment Development Authority in its acquisition for redevelopment of six square blocks of Atlantic City. He also represented Atlantic City Electric Company in defense of a condemnation of a portion of its distribution system by a municipality, and he represented Columbia Gas Transmission Corporation in its acquisition of a 50-mile right-of-way for installation of an interstate pipeline.

He continues to represent Fidelity National Title in title litigation matters, and represented it in a case of first impression, the defense of an action to quiet title to an island initiated by the Board of Proprietors of the Eastern Division of New Jersey, successor to the original grant of New Jersey from the King of England.

Before practicing with Riker Danzig, Vincent served as an Assistant Prosecutor in Bergen County, New Jersey, and as a First Lieutenant in the U.S. Army (Artillery). He is a graduate of Yale University with a B.A. in Economics and of the University of Virginia Law School. He is a member of the New Jersey State Bar Association and served as a Director and President of the Yale Alumni Association of Bergen County.

Title Nerds is excited to begin its second season of exploring title insurance and real estate...

We are pleased to announce that Riker Danzig has earned 24 First-Tier rankings...